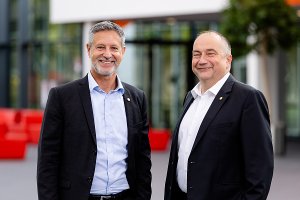 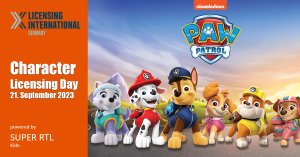 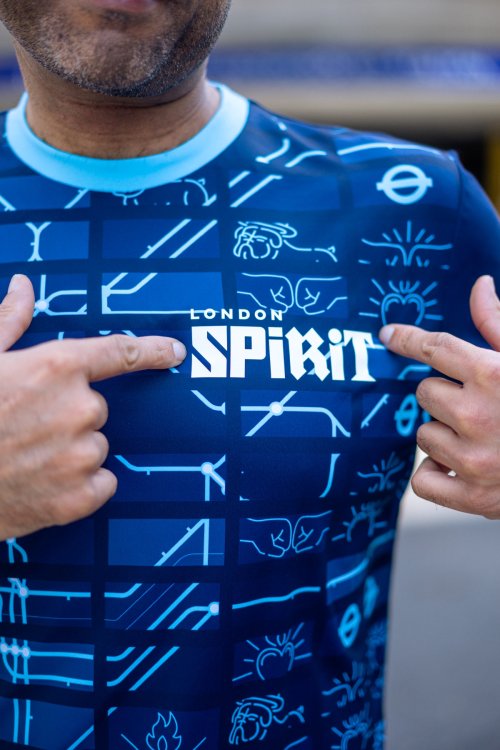 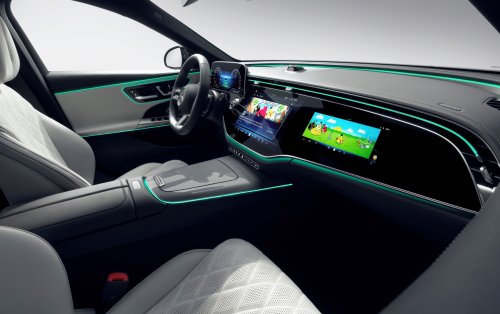 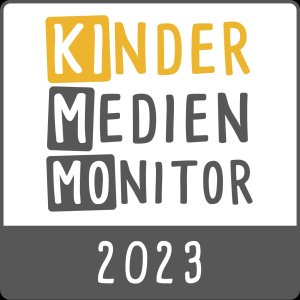 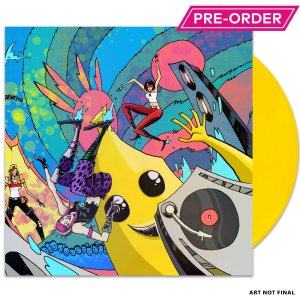 Humdinger, the multi-category healthy snack company, has partnered with the King of Beers Budweiser, to launch three brand-new flavours of peanuts, in a deal brokered by IMG.

Available in all-American flavours including Smokey Texan BBQ, Buffalo Chicken Wings and Flame Grilled Ribs, the crispy coated peanuts have been crafted to pair with the smooth, crisp taste of Budweiser. Set to launch from 26 June at select UK supermarkets, prices will range from £1 for a 60g bag to £1.75 for a 150g bag.

Emma Perrett, Marketing Controller at Humdinger, Zertus, commented: “We are delighted to join forces with the Budweiser team to bring these products to market. This category has enjoyed strong sales in recent years and the increase in social gatherings and events like the FIFA World Cup coming up, this will no doubt continue. We are hoping to introduce new shoppers to nuts with this iconic brand and these exciting, bold flavours that are the perfect snack to enjoy with an ice-cold Bud.”

Georgia Doe, Senior Brand Manager at Budweiser, stated: “We are thrilled to be working with Humdinger to launch our very own crispy coated flavoured nuts. Expanding into more occasions is hugely important for the brand and these nuts were developed to pair perfectly with the smooth, crisp taste of Budweiser”

Natalie Horne, Associate Vice President of Licensing at IMG, said: “We are excited about this new collaboration between the famous Budweiser beer and Humdinger. Combining one of the world’s favourite premium beers with the quality, integrity and sustainability values of Humdinger, we believe shoppers will love this new snack and we are looking forward to its launch next month.”

Budweiser is the official sponsor of the 2022 FIFA World Cup and of the England Football team and the official beer partner of the Premier League.

Founded in 2001, Humdinger began when a group of ambitious people decided to create their own natural snack company and bought a factory in Hull. Today, they employ more than 200 people in the UK across three sites in the East of England. Now operating as part of Zertus, a German food company, Humdinger is a key part of a family of businesses committed to developing high quality food within growing market niches. 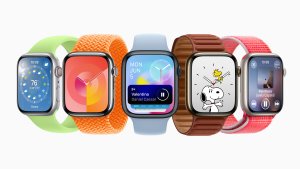 Studio 100 Media’s highly anticipated animation feature “The Hero of Centopia” has now finished production and is ready for delivery just in time for this year’s Marché du Film. The movie, based on the internationally popular and highly successful brand and CGI/live-action TV series “Mia and me” will have its first theatrical release in Germany, Austria, and German-speaking Switzerland on 26th May, followed by France, Spain, and French-speaking Switzerland on 20th July, Hungary on 11th August and Bulgaria on 23rd September 2022.

International sales are continuing to grow with countries such as Latin America, Taiwan, Portugal, Poland, Bulgaria, and the Balkans on board. Los Angeles based distributor Viva Kids has acquired the film's U.S. distribution rights and is planning a release for 2023.

“From ‘100% Wolf’ to ‘Vic the Viking’, Viva has had tremendous success releasing Studio100 titles in the U.S.” says Victor Elizalde, President of Viva Kids. "We are thrilled to be adding such a charming and entertaining film to our 2023 slate. ‘Mia and me’ will definitely be a favorite for young audiences."

As an ancient prophecy entwines around the magical gem in Mia’s bracelet, she embarks on an adventurous journey with Iko, her partner, to the most remote islands of Centopia. There, Mia not only faces a powerful enemy but also takes her destiny into her own hands.  Together with Iko, she is ready to face any challenge that comes her way. 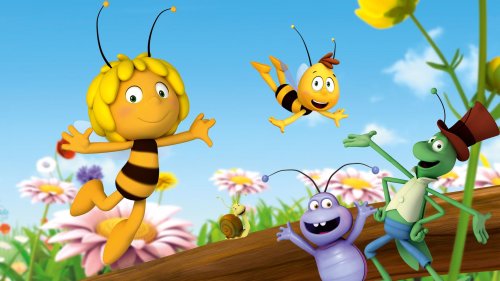 Xilam Animation, an independent producer and distributor of animated content, today announced the signing of deals with Disney to produce two new animated series for its Disney+ platform.

At this week’s Annecy International Animated Film Festival, Disney today announced the production of the upcoming series, The Doomies, an original creation by Xilam Animation, which it will produce in 22x22’ format. The Doomies was created by two established Xilam talents: Andres Fernandez (Zig and Sharko, Moka), who will also direct the series, and Remi Zarrour, AKA Pozla (Moka, Monkey Business). The series is a horror comedy and marks Xilam’s first project aimed at a teen audience.

When best friends Bobby and Romy mistakenly open up a gateway to another world, they turn their sleepy coastal town into a hotspot for terrifying creatures of doom.  Roped into an epic supernatural mystery, they will cross paths with the so-called “Chosen One” and do battle with both literal and inner monsters. The Doomies is a spooky comedy that combines thrills, chills and surprises with character-driven comedy from an odd couple of ordinary teens engulfed by extraordinary circumstances.  Its fast-paced humour and high-stakes action take place in a quirky French town in the heart of Brittany, imagined with moody flair and graphic style.

Disney also revealed it has ordered a second season of Chip ‘n’ Dale: Park Life from Xilam, in an extended 54x7’ format. The order builds on the success of the first season (39x7’), which launched on Disney+ in summer 2021. The upcoming second season will be directed by three experienced Xilam directors: Jean Cayrol (Floopaloo, Paprika), Fred Martin (AKind of Magic, Oggy Oggy) and Kahlil Ben Nahmane (Zig and Sharko, Oggy Next Gen).

Marc du Pontavice, CEO of Xilam Animation, said: “We are thrilled that Disney is supporting an original creation by Xilam in a highly innovative content segment – horror comedy for teens – which demonstrates the studio’s capacity to revitalise its offering. We’re also proud to continue the Chip ‘n’ Dale adventure, which is a testament to Disney’s continued trust in our ability to bring back such iconic characters from their repertoire. The success of the first season on Disney+ marks a new milestone in our expansion in the US market. I would like to extend special thanks to the Disney EMEA teams, who provided us with vital support for this achievement.”

Orion Ross, VP Animation at Disney EMEA, added: “At its heart The Doomies is about ordinary kids dropped into utterly unreal and unspeakable peril.  I think we can all relate to that.  It’s always played for laughs, and we’ll cheer as Bobby and Romy somehow manage to save themselves and their town from seemingly certain doom. I also love the evocative and moody setting Andrès and the team at Xilam have created for this show, in an eerie town on the northern coast of France.”

Ariella Maizner, the 13-year-old fashion designer, has partnered with IMG to expand her popular THEME brand into new products and categories through selective licensing partnerships and retail collaborations.

After developing a love for sewing at just six years-old, Ariella dreamt of becoming a fashion designer. In 2018, Ariella started tie-dying on the roof of her apartment and soon realised she had turned her passion into a business when she began to get dozens, then hundreds and then thousands of requests for custom pieces. These one-of-a-kind creations quickly found fans of different ages and contributed to set the tie-dye trend in motion. Subsequently Ariella was the youngest designer to show at New York Fashion Week in 2019 presented by Rent the Runway. Many of her pieces have now developed a loyal consumer base and celebrity clientele.

The multi-year agreement will see IMG work with Ariella to extend the reach of THEME with partnerships in fashion areas such as apparel, shoes, accessories, home decor, and beauty.

Ariella Maizner, Founder “I am so excited to partner with IMG who are at the heart of the fashion and licensing worlds and part of the incredible Endeavor network. It’s been such a dream to make beautiful pieces that inspire girls to be “The Me” they want to be. I believe that fashion can be accessible, inclusive, and stylish. Everyone should be able to feel the confidence that great style can bring. I love designing collections that celebrate every part of a girl’s life and am looking forward to expanding my brand with IMG.”

Bruno Maglione, President of Licensing at IMG, commented: “Ariella’s designs have quickly won over not only tweens, teens and their parents but also the attention of the media and many celebrity personalities. Her designs strike a balance between trendy and age appropriate. Our focus will therefore be on products and retail collaborations that highlight and embody that youthful and fun-loving approach that has organically got Ariella notice from multiple parts of the industry.”

In 2021, Walmart tapped Ariella to create her first full THEME collection, establishing Ariella has one of the youngest entrepreneurs to collaborate with a leading national retailer. Ariella’s pieces have also been worn by Charli D’Amelio, Whitney Port, Rebecca Minkoff, Eva Chen and other notable personalities. Her collections sell out online and in store events at boutique retailers like Love Shack Fancy and Stoney Clover Lane.